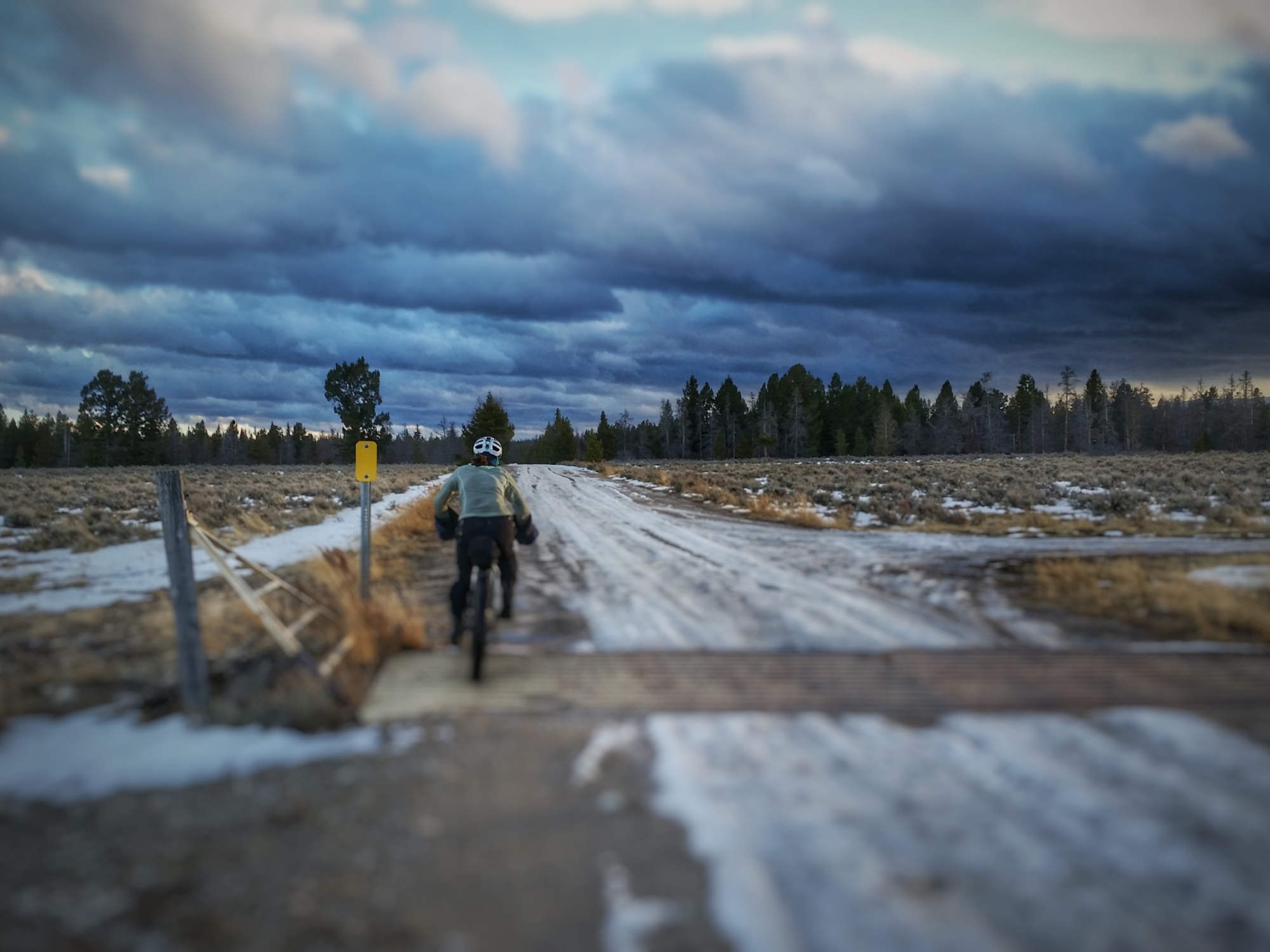 The one thing we can say about our annual Thanksgiving trip to Twin Lakes is that it is always different. I mean really different. We have never had two trips into that cabin that were the same. And this year did not disappoint.

The first year we skied in, taking us just shy of 12 hours and almost killed snuggles. Since then we have fat-bike-packed our way. Once in deep snow with truck ruts, a 50 plus ride from another cabin in a freak blizzard, once the packed snow allowed us to fly up the hill, one in a rainstorm, sometimes walking the bike in deep powder, and then last year we drove up to the place. This year we got a ton of snow but to only have a heat wave keep temperatures in the 60s at night. 2017 is officially the year of the slush fest.

We were able to drive about a mile or two from the traditional corner that we park but from there on it was ice ruts and mud bogs. We decided to ride that part.

But soon enough as we gained elevation we reached snow. I was elated with expectations of riding the rest of the way. About 6 miles. And right there you should sense a problem. Never expect … right?

The sunset appeared in front of us as we were walking our bikes. We rode on snow for about a mile then I started to sink through the snow. With temps in the 50s I started to shed layers. Our tracks burned through to the ground and produced a 3-inch deep layer of slush water. And I can say this much. Pushing in slush is really tough. Snuggles rode past me because she was light and could float. About 2 hours later I got a message on the radio.

“I made it to the cabin … had to walk”, then some breathing sounds, “don’t follow my tracks”, more breathing, “I went the wrong way”.