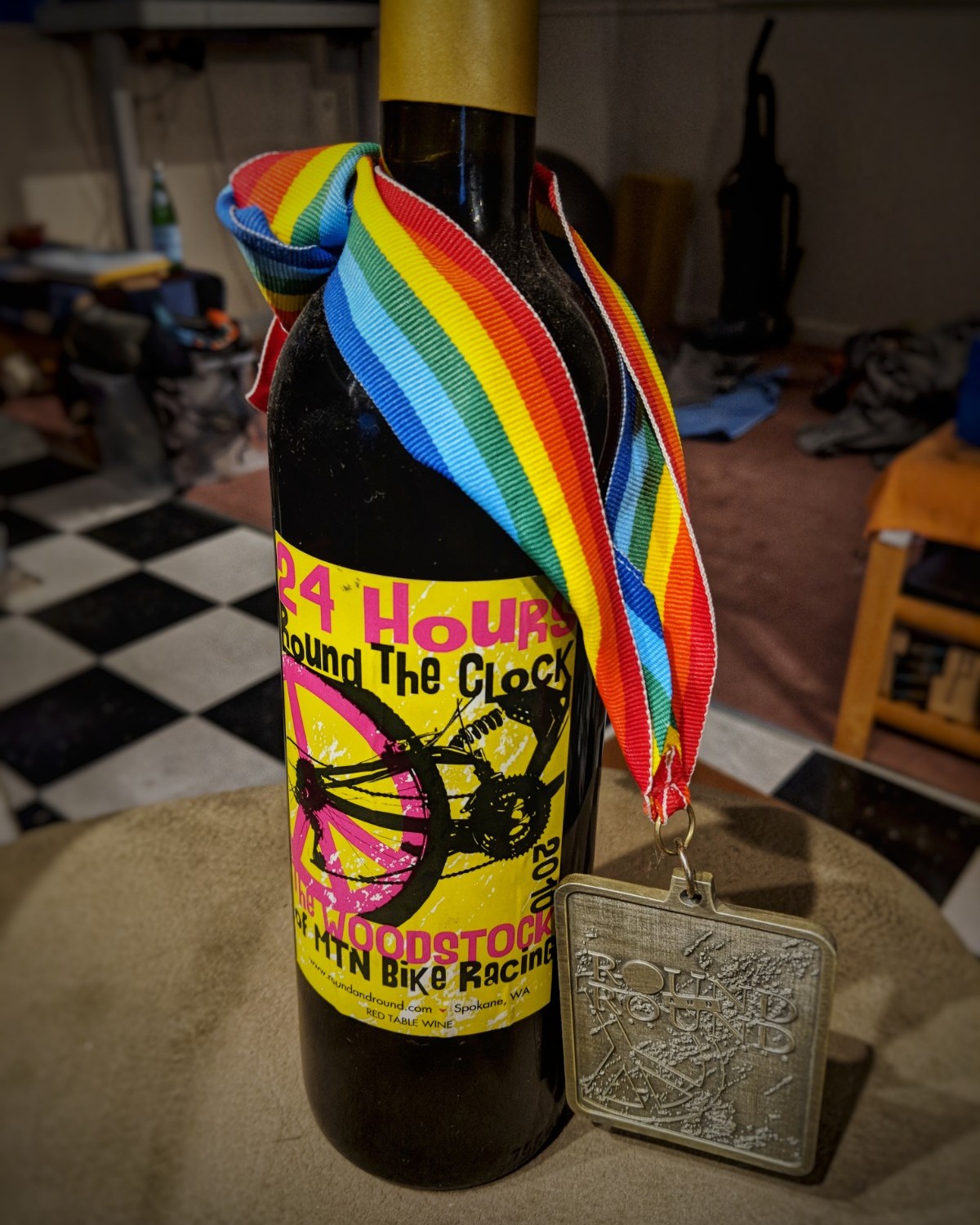 And now the rest of the story. Sorry folks just have been away from the computer. I want to finalize this project so I can post some happenings along with awesome photos of last weekends caloric festival and bike rides.

Note on photos: OK! so I have lost my mind and cant remember who took what photo. So lets just say the photos to the left courtesy of Marta and Rich Shattuck, and Bob Waggoner.

We left off with Sten pulling the weight for the team while I recovered from cramps. As I was waiting for Sten in the transition area I overhear the second place team talking. They were un-aware I was standing right next to them. “The guy Bill is really killing it but his team mate is a little slower. I think they are starting to slow down and we are a couple minutes behind them right now and I think we are going to take the lead soon.”

Obviously they were referring to my slow down but before I could think about it Sten came rolling in as strong as ever. I told him about what I overheard and turned on the gas. That was the last we heard of them. Apparently they had a mechanical and had to cancel their lap. We were now a lap up on the field.

As we rode into the night it was becoming apparent that we needed to switch from attack mode to defend our lead which had grown to be a lap up on the rest of the field.

Only one bump happened just before night fall and once I was over that everything seems to be cake. I had just mounted my lights and went to change the lenses in my new Optic Nerve sunglasses to clear. I just won them at the Devils Slide and it was the 2nd time I changed the lenses. I did as instructed (yes I read instructions) and snap … BROKE THEM. Lucky for me my friend Rich heard my frustrated explicative and offered me his yellow lens glasses he had as a backup. They worked flawlessly and surprisingly I could see well.

The night was great even though it was a little chilly at times. It seems most of my time off the bike was spent changing clothes, eating, and trying to manage what was wet and what was dry. Thankfully I had Action Wipes to keep the undercarriage fresh and all I had to do was keep finding dry shorts. This made the night laps very comfy and I was loving the course at night. In fact the night went by really fast.

Just as dawn approached I figured I was having a great time but I may have been hallucinating as well. On top of the “Devils Up” climb I heard monkeys. Yep! Monkeys. In the trees. No kidding. I asked around on my next pit and I got varied looks so I dropped it and chalked it up to hallucinating. Can you call it that if it was just sounds?  Anyway the pancake breakfast feed at the transition area made me quickly forget the Monkeys.

Then there was the chicken. I kept seeing signs about the chicken and thought it was just a section that was rougher then hell. Why did they call it the chicken? I loved the signs because they were at the end of the lap and that meant one chicken dance and I was done with another lap.

Sten had a mishap that morning and broke his bike. The derailleur cable was busted. He rode the entire lap in one gear but we didn’t loose any ground. I came in and wondered if I should do a third lap but Rich let him borrow his back up bike to finish out the day. I love it, the second place team had a chance to watch us squander but instead reached out a hand. Thanks again Rich.

Next thing we knew we were on the home stretch. Sten rode with a big ol grin on his face and seemingly as if we had it wrapped up and I rode like we would break down and loose a couple laps. Its never over. So my last laps were the fastest laps of my race. It felt great to have gone through 24 hours and be able to go strong. Once in a while a small cramp started to threaten but I would stand up and work it back out.

As a side note I just checked my new shoes last Friday and found that my cleats were mounted way back from what I usually mount them. Maybe that explains why I could get a cramp to go away with standing and getting out of my usually hunchback Vermonter position on the bike.

So yea, we nailed it and got first place while the other Mules also ripped it for second place.  Next year I would like to do this race seriously in the solo division like my tem-mate Jesse.