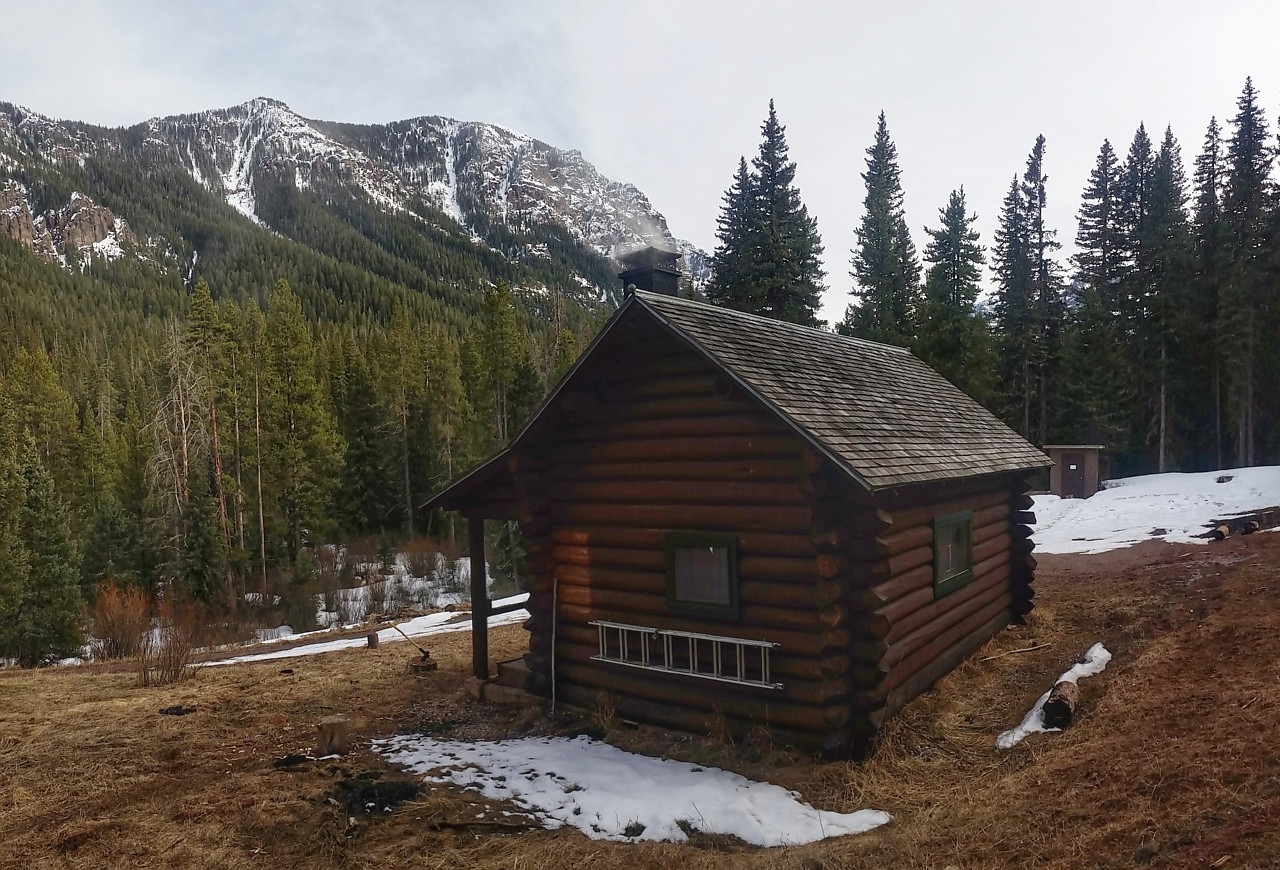 What does one do when the partner has taken off gallivanting to Missoula. And leaving them car-less on a weekend? Well, I don’t really know what others do but I know what I do. Rent a Forest Service cabin and bike to it.

I picked Window Rock Cabin. I packaged up some frozen brats and coffee and headed up Hyalite Canyon. The road approach to the closed section is 10 miles from home and then from there another 10 to dirt. I took as many bike paths as possible to reach the closed section. Then I was set free to roam the road and ride in peace.

Did I mention that since it is April the Hyalite road is closed to motorized traffic. Perfect … right? And then I lucked out and picked the only sunny and nice day Bozeman would have for a month too. As I write this a blizzard has hit and the ride this morning was all snow and slush. Could this have been Bozeman’s summer?  Wow, that was short.

The route to the cabin was super easy too. Everything had melted off and dry. A total departure from years past. And something else new … a different stove. We have been avoiding this cabin due to its broken one which instead of heating would just turn the place into a large smoker. Not this time. This was going to be a blast.

I immediately got a fire raging and made sure I would be all set with that before turning down the draft for the long haul burn. I really didn’t need heat at this point but it would be nice to show up after the afternoon outing. Then a quick unpack before setting out for the afternoon adventure.

Again the roads were in fantastic shape. Really weird for early season Hyalite. Continuing up the valley I did finally find some packed ice and snow to fat bike on. I made my way up the Hyalite trail. It was different somehow. 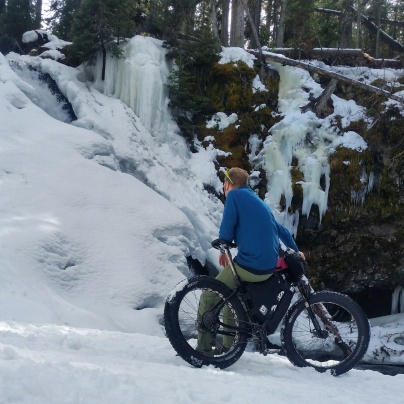 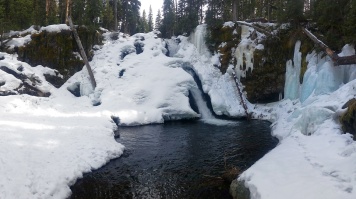 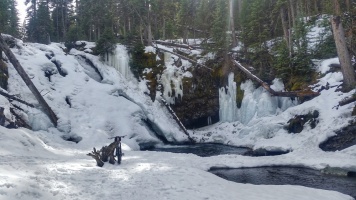 They must of reworked the trail because I found my way to Grotto Falls for the first time ever. This is where I started to miss my adventure partner. As a side note I highly recommend one. It really makes the adventure when you have someone to share it with. Otherwise it is just kind of dull and full of thinking to ones self.

Back at the cabin I cooked some brats in the new stove and laid down to let it all digest.  I actually passed out for a few. Upon waking I thought I better go on a walkabout and see how much bare ground I could discover. 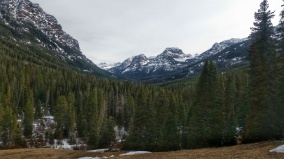 View from the field 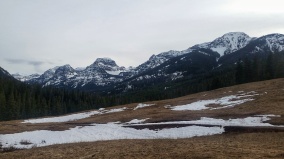 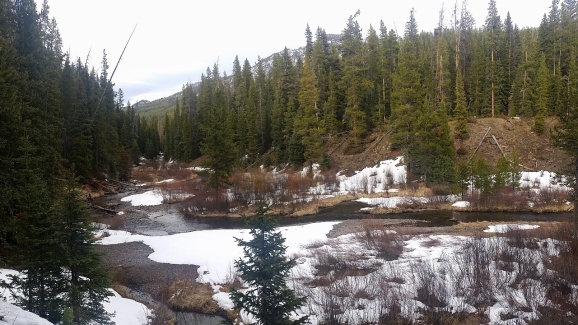 Turns out … a lot. As the sun finally settled on this very long day I settled in on a bit of sleep. Far away from WiFi and human inflammation.  I slumbered into recovery land. Alone, car-less, on a weekend …o/o