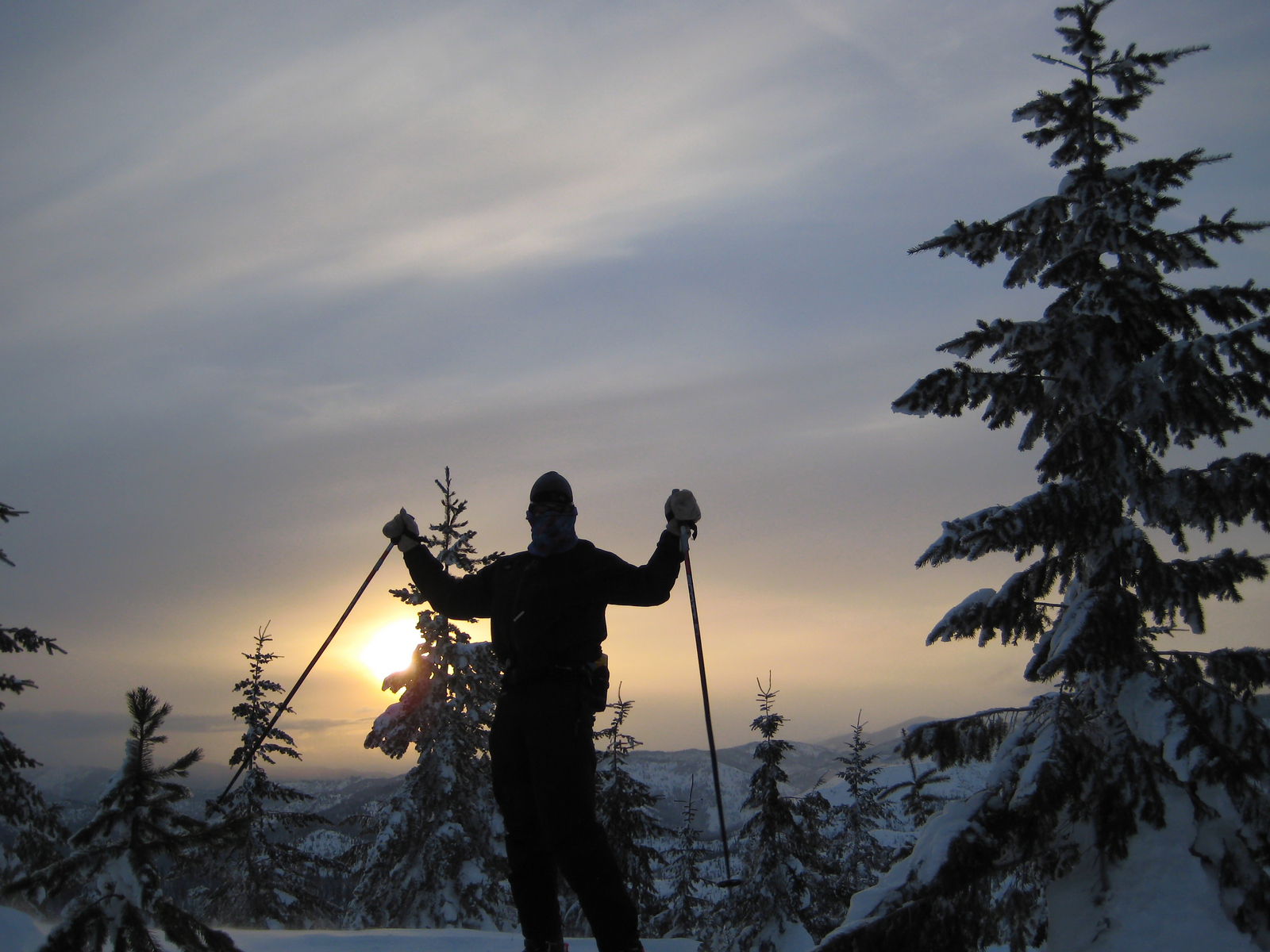 I wanted to go skiing at the Crystal Theater but the roads were so bad and my car is not good in deep snow. I barely made it to Lolo Pass so I just paid the $5.00 and headed out to test my new tele setup.

The roads were icy and it looked like the area just got a fresh 8 inches of new snow. As I headed up rout 12 from Lolo I wondered if I would even make it to Lolo because there was black ice and snow drifting over the road.

As I approached the parking area for the snow stash that I skied last weekend I noticed that if I were to drive into the fresh deep snow I would get stuck.  So I drove on hoping that the Theater’s parking area would be packed in.  Hopefully there would be enough tele skiers to pack it down.

I only saw three trucks parked at the numerous parking areas along the way and it appeared it was all they could do to park in a way to not get stuck. 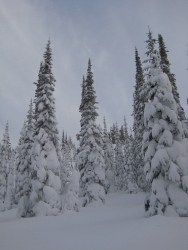 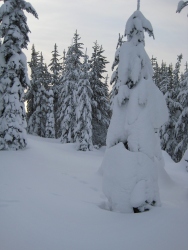 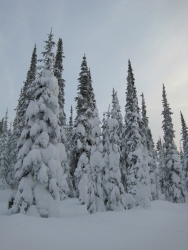 Frustrated I drove to Lolo Pass and found a parking spot.  Maybe I would get out of the parking fee due to my late start.  No luck! Well, at least I found a place I could park and be able to get out and go home later.

I took the tele boards and tried to mount up.  The snow was much more deep here already this year than any time I have seen so far in my short stint here in Missoula. For some reason I could not figure out how to get into the bindings. It seemed to me the back clip/wire apparatus was too narrow.  I just clamped them down the best I could expecting them to fall off.

I headed out to Fuji and found that my TUA skis with the narrow skins off my Black Diamonds were a great match for cross country skiing.  I zipped along pretty well. As I headed off trail into the deep snow they seemed to float a little more but I was wishing I had full skin coverage.  These will work though and when I used the little wire do-dad for climbing I went up through the powder pretty well.  The snow was very light and deep. 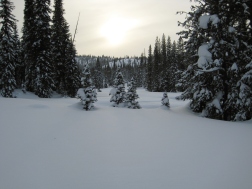 Evening meadow as I come off the mountain. 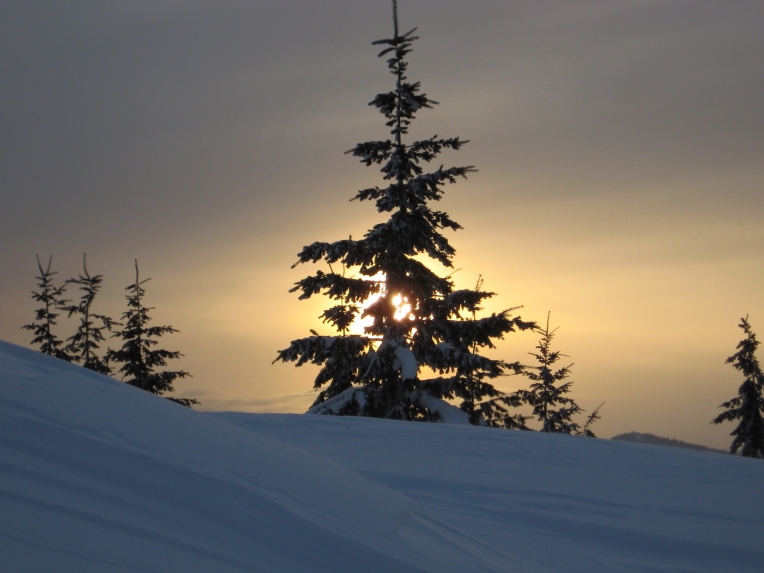 I stopped in numerous places to take photos of the snow covered trees.  They felt like these big snow giants.  At times while I was concentrating on climbing I felt like I was being watched … or followed.  The trees are alive up there.

On top the wind hit me and the below zero temps bit into my exposed skin.  I covered all the exposed skin immediately and set up my camera for a self portrait against the sun set.  As always the view was beautiful.  I decided to leave the skins on for the first bomb off the summit.  The snow was so light and my skins so narrow I figured I would ski off then take them off in a slightly less windy spot.

I was disappointed to find that the skis felt very uncontrollable and I could not even bend my knees to do a turn.  Something was not right.  Suddenly I realize that I still had those little wire do-dads up.  When I put them down … skiing bliss. 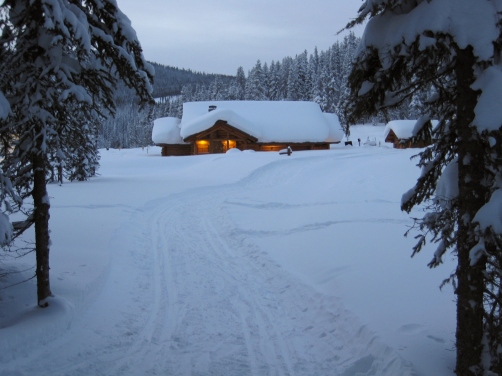 The lodge at Lolo Pass 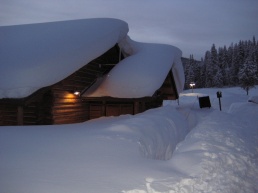 I got out of the wind and took off the skins.  The skis instantly gave me float and I skied with much more speed and control.  At time I felt like I was actually skiing.  It felt good! Soon I was attacking steep terrain and got a little out of my abilities.  I went off a drop and landed in the powder with my skis sticking straight up.  It was a great landing, much like jumping from a couch to a bean bag (what I used to do as a kid).

After the powder follies I shuffled out and back to the lodge and parking lot.  It was a good tele ski and really .. first real tele ski (equipment).  The night was not over as it took me two hours to drive home.  There was black ice and drifting snow on route 12.