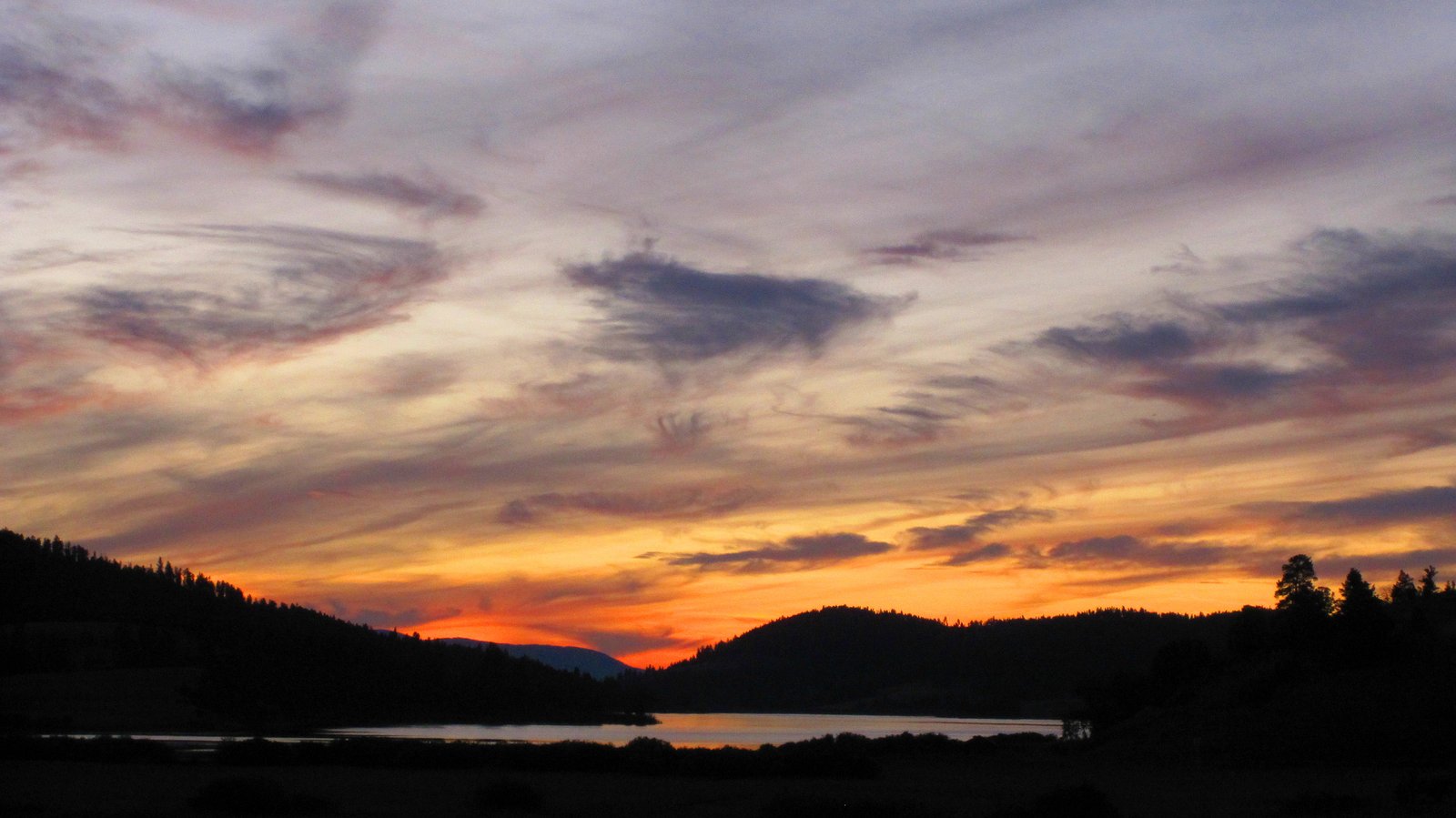 My sleeping bag is the kind that has draw-strings that cinch up the head area so as to keep the heat from escaping. There are two of them, one for the top, and one for the bottom. It can be pretty tricky to get out of the bag quickly.  As my terror grew from being woke up suddenly by some sort of a beast I tried to think of the best way to get out of my bag. To my bear spray which was 10 inches from my head.

“Dude, just spray yourself and let me go back to sleep”, I screamed in my head to that “thing” that was making a ruckus outside my tent. It seemed pissed off that I was blocking it’s path to the lake. Like I was squatting on its “moose path” or “bear commuter lane”.

3 … 2 … 1 … I pulled at the draw strings and almost gouged out my eyes to get my arms free. I wrestled with the cover to the canister. As I was flailing around in my tent I hear the thing turn and run. THUMP THUMP THUMP Crash SNAP. What ever it was decided to take the b-line instead of the way it snuck in. It sounded like a garbage truck trying to drive through a Adirondack trail. Snapping brush and just plain frantically getting the F outta there.

My heart was pounding just enough to keep me awake for another 10 minutes. But I was so sleepy that I finally dozed back of to sleep holding the can of bear spray in my clutches. I could of easily sprayed myself in my sleep. I awoke early morning to the sound of Norman walking by on his way to where the food was hanging.

I emerged from my tent to greet my friends. I decided to share with them my little visitor the night previous. The consensus was moose but I still feel it a bear. I mean what moose will sniff around a tent. And the foot steps running away were not big ker-thumps but ore like thud thud thud. 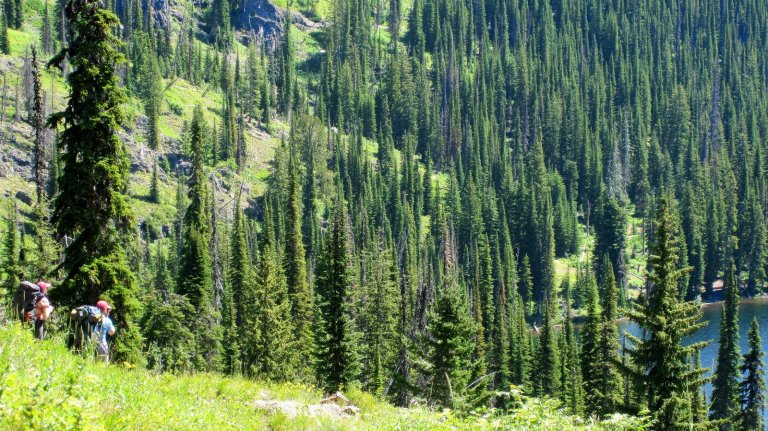 We spent the rest of the day gaining a ridge and hiking down to our destination a series of lakes known as Necklace Lakes. It is here we established our pace partners. I seemed to be comfortable out front with Lydia and Norm and Mo were content on absorbing more of the surrounding elements. A plan was hatched to do a extra loop but as we approached the top of the ridge Lydia informed me that we missed the turn off.  And that was OK. The weekend was about friends and being together. Why launch a ultra slog fest that would totally demolish any R&R by the lake.

During lunch break with the crew I discovered a fresh snow stash.  Mo and I set forth on a snow man building operation. Seems our little guy ended up with a tiny head. In fact if I didn’t say snow man the photo above wouldn’t make any sense. I added a flower so that the little fella would have something for it’s creator. A flower for you madam. This started a common theme for me this weekend.  Spontaneous play. Funny how some people bring that out in yourself.  After lunch we continued on to the ridge and the scenery just got better by the switchback. 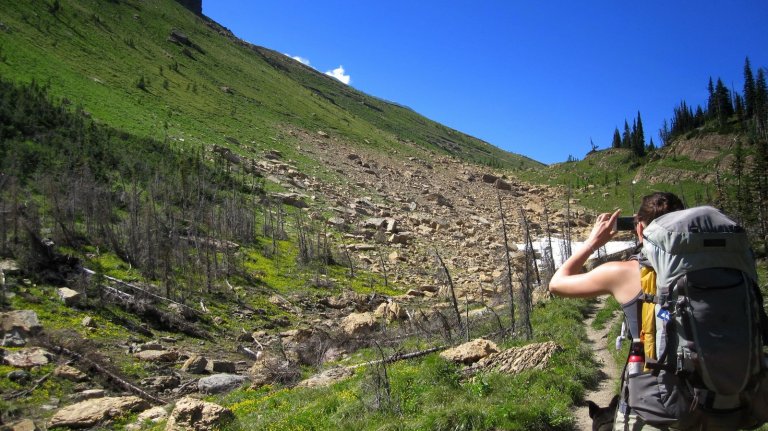 Then spontaneous play broke out again. This time I suggested the activity. Sledding on a big snow field.

Norman posted the distance record but Lydia had the speed. After numerous attempts at making a foam mat slide we moved on to find out final destination. Necklace lakes. We settled on the second one down and found a  sweet spot.

Swimming was on everyone’s mind but as we plunged into the frigid waters we soon realized the activity would be brief.

“Now I know what liquid snow feels like”, Lydia said as I prepared to jump in.

She was right. Then I got into a “little” competition with Mo. I wondered out loud how long one could stay in. According to her she was well adapted for cold water and has been known to have a pretty decent pain threshold. I was in and we sat there up to our necks and Norman and Lydia looked on with worried looks on their faces. I cant say I won but Mo exited the water first. I may have not won because she actually got in before me. I stayed a tad longer to suggest that I had beaten the hypothermia queen. The last time I got out of the water I couldn’t pull myself out.  It took me the better part of that evening by the fire to warm myself up … but I won.

Before we tucked in I found myself down by the lake. Mo joined me and we were discussing the way WE thought the world should work when she spotted something in the water. It was some of bug creature that looked like a rock. Then I spotted some sort of underwater beetle. There we were … like a couple 5 year olds pointing and exploring the underwater world. It was like we were witnessing a small desert where the stone people were battling the beetle people for domination of the desert. Spontaneous play. Thanks Mo for bringing that out in me.

Sleep was not hard to obtain that night. A cold core from playing in ice water followed by an evening of watching the underwater kingdom until dark.